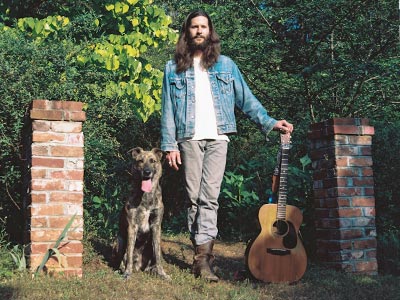 It started with a shatter. Cracks spread and splintered, heartbreak crumbling the hardened walls of ego. Absent this learned protection, Lively’s sense of self dissipated. Rather than empty, this left him feeling open, buoyant, as though his insides had been cleared of long-standing debris. With openness came expansion. His heart, mind, entire consciousness seemed to have been awaiting room to grow and his still-tender soul proved fertile.

He opened, expanded; expanded, opened, each action multiplying upon itself until outlines blurred and he could no longer discern the edge. Every part of him that was, every part that was becoming, grew and stretched toward a previously unseen light. It welcomed, beckoned, seemed spacious enough to step inside. This album chronicles that journey. It is an awakening and an invitation.

Though actively writing and performing music for over a decade, this album marks a distinct and conscious shift from Lively’s previous projects. No longer is he simply concerned with playing an instrument, Lively is learning to become one. Realizing the difficulty of exploring this new depth within and around himself while occupied by the noise of his current life, Lively gave away his possessions, moved out of his house, and adopted Joanie, a 1991 Winnebago, as his new home. He wanted to quiet, simplify and create for himself the space necessary for such discovery. It was with this mindset that Lively entered the studio to record his first solo album. Gordy Quist, a recent friend and mentor (known to most from Band of Heathens), identified with the songwriter’s quest and helped him bring this vision to life. They enlisted the composition skills of Thomas Avery (Lively’s longtime friend and musical partner), musical prowess of Gordy’s bandmates Scott Davis and Richard Millsap, and engineering mastery of Jim Vollentine. Together, they transformed Lively’s poetry into a sonic journey of spirit.