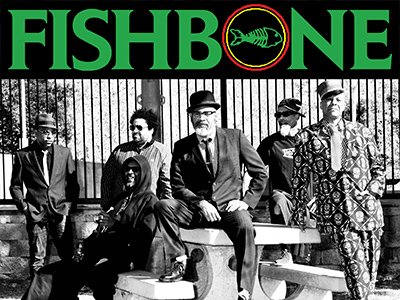 Founded in 1979, Fishbone quickly claimed their spot at the table with their 1983 self titled release that included fan favorites like “Party at Ground Zero” and “Ugly”, and then followed that up in 1988 with their groundbreaking, critically acclaimed full length “Truth and Soul” album which featured the track “Freddie’s Dead”, the band’s first big hit on MTV.

With the classic early 80s lineup now firmly in place, Fishbone is on a mission to reclaim its rightful spot among the rock-n-roll elite. Fishbone has recently made a major comeback and has been touring all around the world since 2018. Don’t miss this chance to see them!